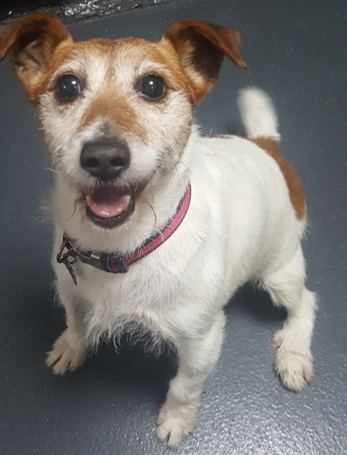 Peggy arrived at the Rescue from a pound, after being found as a stray and was never claimed by an owner.
Peggy might be ten years old, but she certainly does not act it. She loves her tennis ball and has a lot of energy, so will need an active home and would like a secure garden.

Peggy can walk with other dogs, but would rather be the only dog in the home. She is not suitable to live with young children as she likes a fuss. but does not like to be messed with and will tell you off if you do something she does not like.

Peggy has a lump on the inside of one of her back legs, which has been checked by a vet and they think it is nothing to worry about. So, when she is spayed, the lump will be removed so it does not cause any issues in the future.